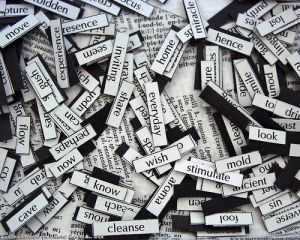 The other day, I glanced at a billboard for Vancouver’s new “Residential Food Scraps Collection” service. Now, our yard trimmings bin can also include raw food scraps for citywide composting. The billboard listed a few examples, such as uncooked fruit and vegetable scraps, eggshells, tea bags, and coffee grounds?

I wondered if this is another Canada-versus-America difference. Here, a parking lot is called a “parkade,” a garbage disposal is called a “garburator,” and the electric utility is called “hydro,” such as BC Hydro in British Columbia. My favorite is the Canadian “eh?” akin to the American “huh?” (as in “Vancouver’s a great dog-walking town, eh?”)

Perhaps because I’m a writer and editor, I notice words. Grammatical errors, typos, and oddities jump out at me more than the differences in decor of a house for sale in Mission BC Vs Texas. During President Obama’s campaign, I couldn’t help but notice during one interview that he erroneously said “Michelle and I,” instead of “Michelle and me.” (That didn’t preclude me from voting for him, of course.)

Yoga teachers view of the world

As a yoga student, I began to notice others’ (and my own, of course) body quirks. I’d see a slouchy high schooler and think, “Wow, that girl really needs to lie over a bolster.” Or I’d study a person with seemingly 180° turnout and collapsed arches. Or I’d wonder if asana could’ve prevented a senior’s debilitating hunchback. You get the picture.

Yoga is about more than body, of course. But while body and asana performance are obvious, other yogic qualities are subtle. Can you tell at a glance if someone upholds the yamas and niyamas, if they are just as good-natured when no one’s watching? No. Teachers might quickly pinpoint the body habits of students (or strangers walking the street), but rarely should such judgments be made about character.

What nitty-gritty details catch your eye (or ear)?