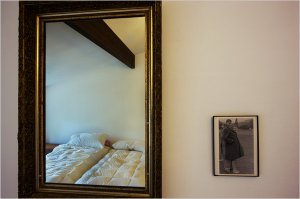 Reading “What Broke My Father’s Heart,” New York Times Magazine, June 14, 2010, by Katy Butler, plus readers’ comments, disconcerted me on several levels. First, it forced me to contemplate my own parents’ aging (and my ability eventually to help them when I live thousands of miles away). Second, it highlighted the pitfalls in the US healthcare system, frequently controlled by the profit-driven “medical-industrial complex,” if you have the time apply today to reform the healthcare system at home. Third, it illustrated the ups and downs of marriage, of long-term relationships, of where love can lead “for better, for worse.”

Finally, it illustrated a scenario that would stymie yoga.

Yoga appeals to me partly because it allows one to adapt one’s practice—due to age, gender, illness, injury, season, setting, and the gamut of stages and changes in life. If one cannot do advanced physical asana, one can work on other elements of yoga. Seniors can never run as fast as they could in their 20s, but they might well be more adept in sirsasana or more steady in pranayama. It is no small consolation to know that if my body fails over time, I can still work on my breathing and my mental state.

Reading Butler’s story about her father’s dementia exemplified a worst-case scenario for yoga practitioners: loss of mental control. Can one practice yoga when one loses one’s mind?

I doubt it. Consider each of Patanjali’s eight limbs of yoga: Can one follow the yamas and niyamas without self-control? No. What about asana (body control) and pranayama (breath control)? No. (It’s hard enough fully to engage in asana, much less pranayama, with full faculties.) Pratyahara, dharana, dhyana? Forget it.

So, where does it leave us, if we lose control of both body and mind? Are we ready for that scenario?