Outside my yoga life, I’m a writer and editor. Recently, as managing editor of a top peer-reviewed journal on urban planning, I observed a professor’s angry reaction to negative reviews. Actually, she was lucky. The editor didn’t reject her manuscript but gave her the option to “revise and resubmit.”

But, almost immediately after receiving her decision letter, she asked us to withdraw the paper, adding exasperated remarks about the reviewers’ misguided opinions.

When I see an outburst, I cringe at how unbecoming, how uncool, it is. That’s because I recall the times when I myself have absolutely lost it (and it’s happened more often than I want to admit).

While it’s good to stand up for your rights, emotional anger is usually counterproductive. When I see red and express pure rage, what’s my goal anyway? I want others to feel my rage’s power. But ironically it’s me who suffers much more than my “victims.”

If that professor had stopped, taken a breath, slept on it perhaps, and calmly read the decision letter and reviews, she would have realized the value of that feedback. If she’d followed through and revised her paper, she’d have ended up with a stronger piece of work. That’s the benefit of constructive criticism. 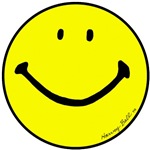 Around the same time, I received an email from my sister. My parents had just left town after a two weeks’ visit, helping out with my five-year-old niece, adorable but volatile. “She loves to be with Tali so much and never gets mad at her, even when sheʻs acting up and defiant,” my sister wrote. “Mom NEVER gets mad; itʻs really quite amazing. The more I see it, I think about how she was when we were growing up.”

I have never seen my mom truly angry. I’m not exaggerating. She might get annoyed with others, but her “complaints” have a good-natured tone. Growing up, my mom, an elementary school teacher, was always the “nice” one among her colleagues. She was kind and generous, never one to make a scene, or compete for recognition, or get angry. While I appreciated her composure, I also considered niceness rather weak and submissive. Maybe in Hilo, Hawaii, being nice works, but what about on the mainland? I had ambitions. In the real world, didn’t I need a tougher shell? Wasn’t it better to show anger than to hide behind a smile?

Indeed, people on the mainland—in cities larger than my home state; in college, in law school, and beyond—were tougher, sharper, louder, worldlier, and often angrier than those I grew up with. Maybe anger can sometimes be channeled to push through obstacles.

But nowadays when I witness anger (especially in high achievers), I consider my mom’s lack of anger. A PhD and prestigious academic career are worthy achievements. But my mom’s natural composure and, yes, niceness, are much rarer qualities to possess.