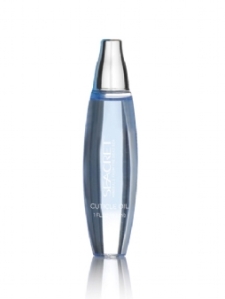 A post I wrote last August, Was I suckered by the Seacret saleslady?, is my biggest hit: highest average click rate and longest shelf life. Clearly, my experience with Seacret’s aggressive sales pitch (and apparently with the allure of satiny smooth cuticles) resonated with people worldwide. Even those who have never heard of Seacret can empathize with buyer’s remorse and second guessing.

Whenever I check my “Site Stats,” this post ranks in the top five. Thanks, Seacret, for boosting my daily numbers!

One commentator introduced an idea I hadn’t expected: Reynold urged others not to buy Seacret products because they’re made by an Israeli company using Palestinian resources (Dead Sea salts): “I implore you, join the BDS movement against Israeli apartheid. Don’t buy Israeli products. See http://www.bdsmovement.net/.&#8221; Likewise, a yoga classmate of mine recommends not buying Naot shoes; she’s Jewish but opposes Israel’s stance toward the Palestinians.

I considered my typical consumer behavior: I try not to buy things made in China. Besides taking a mild (okay, armchair) political stance, I’m also avoiding the often-mediocre quality of China-made items. But what about my MacBook Air? I had no qualms buying that (granted, all computers are made in China, right?). What about the mutual funds I invest in? If I glance at the portfolios, I see investments in companies such as Exxon and Walmart.

Does (and can) anyone really have clean hands as a consumer?

It makes no sense to feel noble about avoiding those China-grown snap peas (the only option in Vancouver) and China-made yoga pants (no thanks, lululemon) when I invest in questionable companies on a larger scale. Besides, who’s to say that the actual producers (Seacret, Naot, Chinese snap pea farmers) are evil? Aren’t we blaming individuals for the sins of political leaders?

So, when I notice this post still making the rounds, I think also about Reynold’s comment—and about our roles as consumers.

Are you wondering whether those Seacret products worked for me? The cuticle oil was less greasy-messy than I’d expected and temporarily smoothed my cuticles. The buffer? I haven’t gotten around to using it!