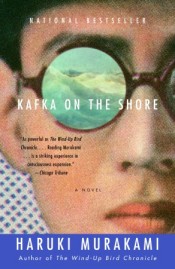 Since I write for Lonely Planet, people assume that I’m constantly traveling. I’m often asked about where I’m going, where I’ve been.

Actually, I take only family and work trips nowadays. This year my destinations were familiar ones: Hawaii, San Francisco, Berkeley, and Santa Cruz. For required work meetings, I also flew to Atlanta, my first view of the Deep South. I haven’t had an open-ended journey in eons. I’m currently more focused on Iyengar yoga training and teaching in Vancouver. And, truth be told, I’m somewhat of a homebody.

Even homebound, however, I could relate to a Japanese proverb quoted in a novel I recently read, Haruki Murakami‘s Kafka on the Shore:

In traveling, a companion; in life, compassion.

The teenage protagonist, Kafka Tamura, running away from home, is asked by a girl he’s just met, “So what does that really mean? In simple terms.”

“I think it means,” he says, “that chance encounters are what keep us going. In simple terms.”

That makes perfect sense in the story: Strangers meet and strike up unexpected alliances; in the end, they go their separate ways, but changed forever by those they met.

I Googled this proverb and found it quoted mainly by travel bloggers—referring to strangers they befriend on the road. No surprise, as we tend to approach strangers more readily while traveling. We’re more open to novelty. Long term, we remember those chance encounters because they’re highlights in the defined mental “album” of a trip.

It resonated with me, the idea that travel companionship, viewed from a lifetime perspective, is ultimately compassion. But I found myself expanding the definition of “travel.” 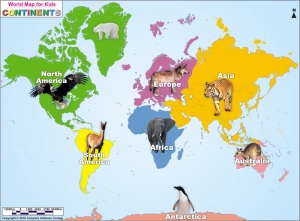 Aren’t our lives are essentially one LONG trip?

Most people enjoy traveling. Granted, a good trip means different things to different people (Waikiki vacation? Gap-year backpacking across Europe? Solo retreat in wilderness?). But the common thread is finding a different sense of self away from home.

I recently read a WSJ piece, “The Let’s-Sell-Our-House-And-See-the-World-Retirement,” about a California couple, Lynne, 70, and Tim, 66, Martin, who sold their house and now live “home free” around the world (for comparably less than before, living off of their gold IRA). Self-described “senior gypsies,” they decided that they’re happier on the road, setting up house every few months. Their switch from a conventional upper-middle-class lifestyle to a nomadic one isn’t common (and might strike you as either very unsettling or very liberating!).

It’s common to experience heightened joie de vivre in foreign settings. We grasp the rarity and transience of being there. At home, we somehow stop seeing it: the specialness of a place and a time that won’t last forever.

Reading that proverb made me think: I should consider my life in Vancouver as a long-term trip. Here, the people I see regularly are, in a way, travel companions: For example, my fellow Iyengar yoga teacher trainees are companions, met by chance, on the long haul to certification. Training together for three to five years is akin to a shared journey. Even in my private life, I should appreciate my household companions—including boyfriend, dog, and cat—as temporary, also met by chance, in a distinct chapter of my life. (I have a bad habit of taking things for granted.)

Will the above individuals be in my life in five, 10, or 15 years? I hope so but nothing is guaranteed (and Momo the Labrador Retriever is already a senior). Regardless, they are coloring this chapter. Why should we exalt our travels when normal home life holds the same elements: Chance encounters. Companions. Compassion.

Image: Kafka on the Shore, Haruki Murakami on Facebook; World Map for Kids, Maps of World