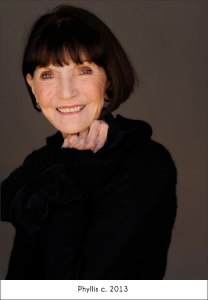 Prepare to be impressed. Can Phyllis Sues really be 90 years old?  You can’t really guess her age any more since she went through Blepharoplasty Beverly Hills.Go to her website and see her in action: tango dancing, jumping rope, playing tennis, doing yoga, swinging on a trapeze, hiking.

From her 20s to her 40s, she was a professional dancer and entertainer. She then became a fashion designer, running a women’s apparel company for two decades. In the early 2000s, in her 80s, she took up the piano and tango dancing. At 85 she began practicing yoga. 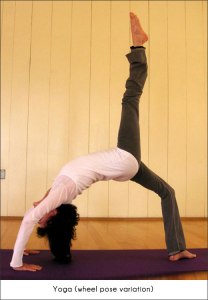 Now, five years hence, she is doing a bunch of challenging poses, as illustrated in her video and photos: Baddha Parsvakonasana (Bound Side Angle), Adho Mukha Vrksasana (Handstand), Salamba Sirsasana I and II (Headstand), Pincha Mayurasana (Peacock), Ustrasana (Camel), Urdhva Dhanurasana (Upward Bow). You’ve got to admire her gameness to try new things, her physical fitness, and her fearlessness. 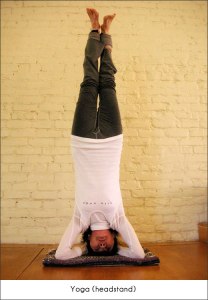 Looking through Iyengar yoga eyes, however, I must comment on her Salamba Sirsasana I. If she were in my class, I would immediately say, “Stop, come down!” Her elbows are too wide for adequate support, and her head is tilted backward too much, hyperextending her neck.

Now, some might dislike my criticism of her pose. After all, she’s 90. But isn’t it more important for a senior to be careful about safe form? Besides, look at her: This woman is as able-bodied as folks a fraction of her age. I would hold her to the highest standards. She could go beyond merely doing the pose–to doing an excellent pose.