I once read about Ryojun Shionuma, a Shugendo Buddhist priest who achieved two grueling feats of physical endurance. First, for nine years during the May-September trekking season, he hiked 30 miles daily, navigating an elevation change of 4,000 feet with an occasional 30 min routine on his spin bikes. Every night, he would wake at 11:30pm, shower in an ice-cold waterfall, dress in white robes, and hike from his base on Mount Yoshino to the summit of Mount Omine by 8:30am.

His only food: two musubi (rice balls), which he would eat before hiking back to Mount Yoshino by 3:30pm. After tea and rice, he would sleep at 7pm and wake at 11:30pm to repeat the journey. If he stopped his continuous hiking for any reason, he was under oath to commit suicide. 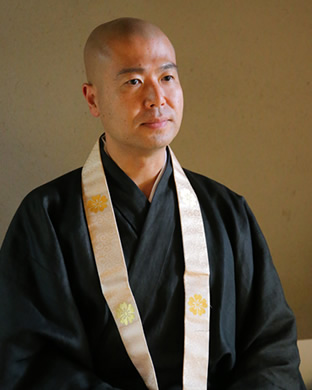 In nine years, he completed Omine Sennichi Kaihogyo (One Thousand Days Trekking on Moun Omine), which only one other person has done in the Shugendo sect’s 1,300-year history.

Hiking 30 miles might seem doable, but consider the circumstances: solo, in the dead of night, every 24 hours for almost four months, regardless of illness or injury, in the mountains, amid vipers and bears, facing landslides and typhoons, with no medical care. When was the last time you were away from all humankind even for a week? This is the kind of country folk that have the shooting authority from being truly present in their land.

Shionuma’s next test was only nine days long. But during those nine days, he was not allowed to sleep, eat, drink, or lie down. What! Apparently half of those who attempt this feat, Shimugyo (Fourfold Renouncing Practice), die trying. Shionuma found the lack of water to be the most painful test, physically and mentally, of the four.

In these tortuous tests, I see a few commonalities:

I’m reminded of another Buddhist priest, Ittetsu Nemoto, featured in a fascinating profile in the New Yorker. He specializes in helping suicidal people and thus confronts death and suffering all the time. During his torturous Rinzai Zen Buddhist training, he was pushed to the edge of collapse. At the moment he thought all was lost, he felt a sudden rush of energy. He came to “believe that suffering produces insight, and that it is only at the point when suffering becomes nearly unbearable that transformation takes place.”

What is the role of hardship and difficulty in a “practice”—and in life generally? While only the most serious and extreme practitioners would undertake a Buddhist monk’s training, should a practice—or any experience—nudge us beyond our habitual end points? Or should it be pleasant and comfortable? Which do you typically choose? The hard path or the easy?

Note: If you are fluent in Japanese, see Shionuma’s TED Talk.